What is Apple iOS Kiosk Mode?

What is iOS Kiosk mode for iPads and iPhones?

iOS Kiosk mode is a feature that allows only one application to run at a time on a mobile device. The main goal of Kiosk mode is to lock a device into a particular application, to either allow an app to take over the screen of a device, such as in-game applications, or to prevent users from opening other applications that should not be accessible to them, such as in retail environments.

What are the benefits of using iOS Kiosk mode?

Kiosk mode is a great tool for IT departments and MDM admins to make sure users are only able to access a single application on their Apple iOS and OS X devices. If iPads are being used by several students, employees are using an iPad for a Corporate app, or admins simply need to ensure devices are only running a single application – Kiosk mode will ensure your devices are being used as intended.

How do you enable iOS Kiosk mode? 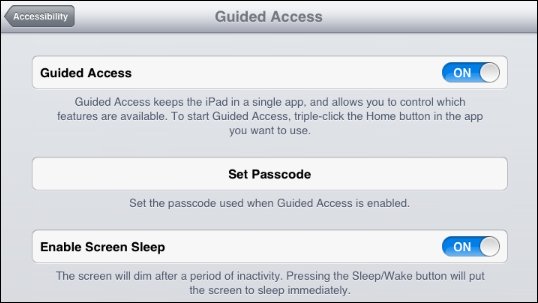 Once your devices are enrolled in Amtel MDM with Kiosk mode enabled, you can update these profiles over-the-air with new settings, restrictions, or even change from one Kiosk app to another in Kiosk mode.